Our company is run by IT Professionals that are actual business people… after all we have our own business to run and are impacted by technology the same as you. That’s why we start every engagement with a business assessment, not just an IT audit. Our management team met while working at CH2M Hill, and have over 80 years of combined IT experience and a true passion for business. Joe Turnbough Co-founded Optimum Networking in May of 1995. Prior to Optimum Networking, Mr. Turnbough served in the US Marines earning the Navy Achievement Medal, United States Marines Certificate of Appreciation for IT Support Services, and the Marine Corps Humanitarian Service Medal. Joe has two Master of Arts degrees in Management Information Systems and Management and a Bachelor’s degree in Computer Information Systems. Additionally, Joe has been a professor at Webster University for 22 years, Columbia College for over 10 years and Denver University for over 3 years teaching Information Technology and Business Classes for MBA and Master of Arts students. With more than 30+ years of experience in the IT Industry, Mr. Turnbough has helped raise Optimum Networking to a successful business providing small and mid-sized businesses leverage Information Technology to help compete in the global marketplace. Tracy Huntzinger is a Co-founder of Optimum Networking. Prior to Optimum Networking Mr. Huntzinger served in the US Air Force designing and supporting computer networks that were used for the development of the Star Wars missile defense system. After leaving the Air Force, he became the Wide Area Network Manager at CH2M Hill designing and supporting all network infrastructures for all offices nationally and internationally. With 30+ years of industry experience and a passion for business, he continues the relentless pursuit of building the best IT integration company around. Brett joined Optimum Networking in 2013 as a partner. Brett manages the Professional services and Engineering teams. Brett has 30+ years of industry experience ranging from SMB support to Fortune 100 infrastructure. Previously, Brett worked at CH2M HILL for almost 18 years leading their Global Server infrastructure team where he dealt with Microsoft Back Office, UNIX, Disaster Recovery, storage, virtualization and Datacenter support. He graduated from Purdue University with a Bachelor’s degree in Forestry where he also played Basketball and Volleyball. Brett and his wife Maria have 8 children and have been in the Denver area for 25 years and enjoy being active in the church and spending time with family and friends. 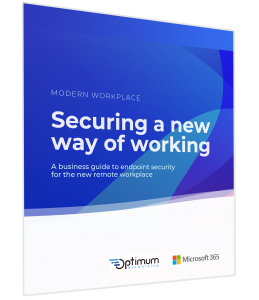 Part of Optimum Networking's core mission is protecting companies from cyber-criminals. This document will help you get there.

Sign up and get a FREE eBook
Scroll to top